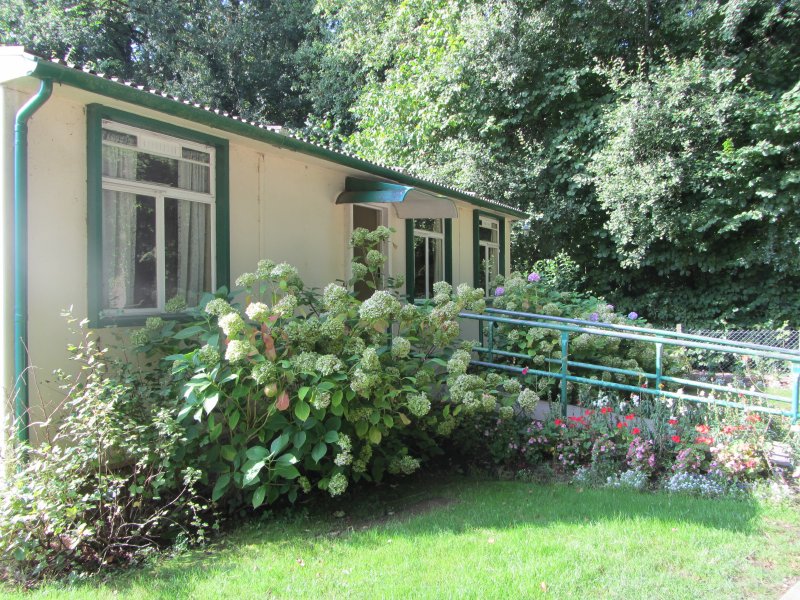 This was originally part of “Prejudices and Housing” from July 2012.
Now renamed Prejudices and housing: Terraced streets and slums

Don’t play with the children from the prefabs

My earliest memories of prefabs, were of those on a beautiful site on Broom Hill, Strood, Kent, overlooking both the Medway and the Thames rivers. I remember my parents warning me not to play with the children from the prefabs. Later I remember that my father got to know some of the men, who worked at the same factory. When the prefabs were removed to make way for a park, he told me that the residents loved their life there and did not want to move. They were a community. A familiar story for prefab estates.

In 1971, I was on a study group for York Labour Party, which was to look at the housing crisis. I brought to the attention of the General Committee the cheap and simple housing of Walter Segal as a solution to the housing crisis. I remember the council leader of the time, Alderman Burke, saying these are prefabs and York was the first councils in the region to get rid of the prefabs. Wikipedia on Walter Segal says:

In the 1960s [Walter Segal] and his new partner Moran Scott decided to demolish and rebuild their home at Highgate. They built a temporary structure in the garden using standard cladding materials and with no foundations other than paving slabs. It took two weeks to build and cost £800 [about £11,000 in present values – a third of the average family income]. This house roused considerable interest and led to a number of commissions using a similar style around the country. As the system developed the clients were able to do more and more of the building themselves.

The cost did not include labour and since the “temporary structure” was in Segal’s garden there was little external works such as roads and main sewers to add to the cost. But it is worth noting that the median hose price now five or six times the average family income. Currently there is a 3 bedroom detached ‘Segal Method’ house for sale in South East London, asking price £320,000. Findaproperty says:

This three-bedroom detached property can be found on a peaceful cul-de-sac in Honor Oak. It is an architect-designed, timber-framed house that was built in the early 1980s, using the ‘Segal Method’, a system of design and construction pioneered by the celebrated Swiss architect Walter Segal.

The sales pitch makes it sound a desirable property. Although larger and not a prefab, it is reminiscent of the best of the design styles of the post war prefabs. It isn’t a prefab but it looks a bit like one. £320,000 says there’s not much prefab prejudice here. I can’t imagine parents forbidding their children from playing with any children that lived there.

The prejudice against prefabs may have blinded planners and academics to their success. As PrefabsAreForPeople put it more crudely:

Searching Google Scholar for work on the UK post-war prefab programme, it’s relatively easy to find papers which criticise the programme for failings in its organisation and its cost overruns but almost impossible to find any investigation of what the residents thought about living in them, anecdotal press reports seems to be all we have. Absolutely prefabulous: Residents of Britain’s last prefab estate battle to save homes that were built to last only ten years.

There is however, the excellent “Social Pressures in Informal Groups: A Study of Human Factors in Housing (1950)” by Festinger et al. It’s not a study of prefabs per se but the site he studied was similar to the prefabs in the UK. I have yet to meet a planner or architect that has read it.

In October The Prefab Museum visited Strood, Kent and I met some of the people that had lived in the Broom Hill prefabs.  It was a familiar story: residents loved their prefabs, the community spirit & etc.  The original Prefab Museum was torched (Catford Prefab Museum fire ‘devastates’ curator) and is now peripatetic. It is run by Elisabeth Blanchet and Jane Hearn.

I met one man who had lived in a prefab as a boy. When the roof fell in in a storm his family was rehoused in a new council house. Because it was the 3,000th (I think that was the number) there was a small ceremony involving the mayor. Being polite he lied to the mayor and said how much better the new house was, while wishing he was back in the prefab.  There is a lesson there somewhere.

Here are two extracts from the Prefab Museum website:

Jim Blackender was in charge of the Tenants’ Group to save the Excalibur prefabs from demolition by Lewisham Council. He lost the campaign and, disappointed, he moved out of his prefab in Autumn 2012.

“I liked everything about the prefab – I couldn’t put a finger on it. It was the people, the location. When we moved in 20-odd years ago there was a really strong community, and there was no way anyone could have taken that place from the residents. But it’s been left to rot – it’s depressing to watch it fall into disrepair.”

There were 49 prefabs in Killamarsh, called Tarrans after the name of their manufacturer, Tarran Industries. The Council decided to have the estate regenerated and the prefabs replaced by modern bungalows. “There’s a sense of community, people keep an eye on each other, to make sure everybody is ok. I like that there are no stairs, no upstairs to look after. In fact, when I want to hoover the complete bungalow, I can use one socket in the entrance hall, and I can hoover every room in the house. Hopefully they will be remembered fondly by the incumbent tenants and will live on in the annals of Killamarsh past.”

As the war came to an end prefabs, and the ones I saw in north London were mostly ARCON Mark V ones, sprang up on every available spare piece of land. People obviously loved them. They cultivated their gardens and allotments and kept chickens to become almost self-sufficient in food. It was like the “Good Life”, only 30 years before anyone thought of writing a TV series about it...

Thoreau’s masterpiece [Walden] shows how owning one’s own home, and in his case building it, or at least having a secure home, can banish worries, especially those of the landlord’s footstep on the stair as he comes with your eviction notice. Prefabs took that worry away.

That was the joy ordinary people found in those post war prefabs. They embraced them to live happy lives in comfort after the unemployment and squalor of the 1930s and the horror and terror of the 1940s.

The trouble was we thought post 1945 and when I left school nine years later to go off and study architecture, that those times which got better, just like the song said, would never end. But they did in 1979, when everything was put into reverse. We got the neo-cons and “Right to Buy” and now we have Grenfell Tower and the enormous unfolding scandal surrounding it. Why does it take the deaths of so many innocent people, as happened between 1939-45 and now over 70 years later with Grenfell Tower, before politicians change their minds?