The estimates below suggest the total planning gain is
equal to 30 years of the council tax that York collects.

It’s not paid to York citizens, it goes to lucky landowners. 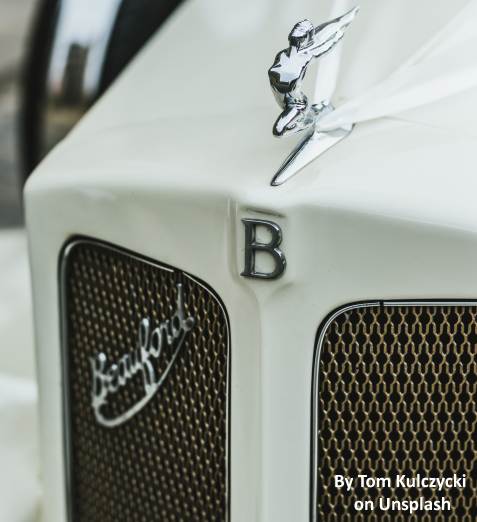 This difference is very large in places like York where demand for building is high. The increase the value of land gives the landowner a windfall profit – before any building starts.

Here are two estimates of the total planning gain in the current version of York Local Plan.

The crudest way of estimating the planning gain is to look at the price of a new house where house prices are lower, like Bradford, compared to places where prices are high, like York. Today, Zoopla lists new 3 bedroomed houses in Bradford starting just about £100,000 and in York prices start about £250,000. The cost of building a house in York is the same as Bradford: Planning gain of £150,000 per house accounts for the difference.

To make an alternative estimate of planning gain, I use the relationship

Here, I will use a value of £900 per square meter for building cost. This is from The City of York Local Plan Viability Study (2014) by Peter Brett and Associates (PBA). This is only slightly higher than RICS data for the Yorkshire and the Humber Region.

Agricultural land in Yorkshire has been valued at £21,000 per hectare. At a density of 35 dwellings per hectare(dph) this is £600 per house. Adding a possibly generous £5,000 for the Community Infrastructure Levy (CIL), £140,000 shold be subtracted from the sale price of a house to arrive at an estimate of planning gain. This gives

An indication of selling prices for new build green field 3 bedroomed houses with 85 m2 of floor space may be made in comparison with the new Development in Derwenthorpe. A typical example (82m2) is now selling for £322,000. So for a greenfield site, where little site remediation is required 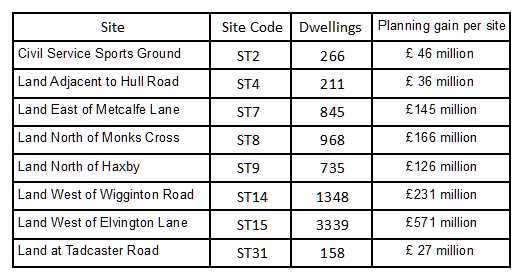 For brownfield sites I have assumed/guessed an average value of £4,000 per dwelling for site remediation. At a density of 50 dph this is £200,000 per hectare. On the more polluted sites such as York Central, densities are planned to be 100 dph allowing £400,000 per hectare for remediation.

The combined total of planning gain is 30 years of council tax payments.

With the gain from greenfield developments, my second estimate of total planning gain in York is £2.55 billion equal to £30,000 for every household in York.

40. Executive recommends that Council;
i. Approve the budget proposals outlined in the Financial Strategy
report and in particular;