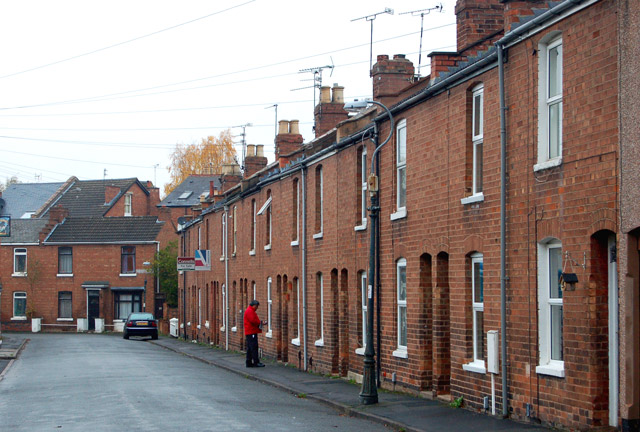 Attitudes to housing are often driven by style and prejudice. Urban terraced housing is a good example. As a boy in the fifties, I remember thinking it odd that the prime minister lived at 10 Downing Street, which was a terraced house – as if the country could not manage anything better.
This prejudice took many forms and created many disasters for people who lived in perfectly sound houses only to find that “the authorities” declared them to be unfit for human habitation so that they were demolished and the owners given a few pounds site value. The prejudice was built on real cases. The History of York website says this:

Joseph Rowntree’s son, Benjamin Seebohm Rowntree, undertook a comprehensive survey of the city’s poor in 1899. By that time, the Bedern tenements had gone, but Seebohm Rowntree still found evidence of appalling hardship.
Nearly 3,000 families lived in what Rowntree classed as sub-standard housing, many in slums. These were cramped, cold and dirty without proper water supplies and with overflowing privies shared by many households.

The poor areas of York were filthy and stalked by disease. Human waste was left to accumulate in the alleys until there was enough to be collected and added to huge dung hills like those at Layerthorpe Bridge and behind St Margaret’s Church in Walmgate. Animal manure was added to the stinking heap.
Water supplies came from contaminated wells, the polluted Ouse and the stagnant Foss.

It is now recognised that the slum clearance programme got out of hand demolishing perfectly good housing. Even after it was halted the prejudice against terrace properties remained. My friend, David Harrison, has made an astute observation. When he moved in to York from the neighbouring countryside in 1958 he could go to any terraced house in the in the centre of York and with his finger write a message on the brickwork. This was because the brickwork was covered in soot. This was before the Clean Air Act 1956 had reduced polluted air in urban areas and banished the killer smogs.
After this planners still seemed keen to rid cities of terraced housing and replace them by multi-storey blocks, while in the suburbs, a semi detached house and garden was the fashion. The blocks of flats became large sculptural edifices which people were expected live in. Form didn’t follow function – function was fitted into the sculptural form. The flats could make impressive skylines and produce stylish pictures in the architectural mags. By and large, they were a disaster for family and community living.
A devastating example of this story has been given by the BBC in their Secret History of Our Streets series. The programme on Deptford high street shocks :

Nearly all the Victorian terraces that had once fed into the high street had been pulled down in the 60s and 70s and there was no official account of the mass demolition.
Jaime spent weeks in the London pain relief Metropolitan Archives, going through thousands of uncatalogued papers, thrown in boxes, half a century earlier.
To our astonishment, these hand-written notes seemed to confirm what John and the Deptford people had told us.
That the street was full of solid, well maintained homes. No need for demolition…

The main story teller in the programme was shopkeeper and life-long Deptford resident, John Price. What makes makes me want to cry is the photograph of his extended family, who were forced out of their houses and scattered. The producer, Joseph Bullman says:

John told us his family had been trading on the high street for 250 years, and that the side-street he’d been born on, just a few paces from his shop, had been “torn down cos it was too violent.”
His family had spent two years living in their houses, surrounded by rubble, because they didn’t want to go.

A similar street that missed the slum clearance has houses that sell for the best part of a million pounds – twenty to thirty times the UK’s average family income (1).
In York, the houses that were marked for demolition in 1947 sell for ten to fifteen times average family income – easily out stripping the suburban semi-detached. The 1947 plan of York envisaged “modern” flats like the long demolished Quarry Hill Flats in Leeds. Quarry Hill did have some redeeming features but much worse was to come for the Hunslet area of Leeds, the Hunslet Grange Flats:

The popularity of the flats was short-lived, however: the heating systems were inadequate for the poorly insulated concrete prefabs and the buildings suffered from condensation. The rabbit-warren layout made them hard to navigate and, within a few years, even harder to police. Demolition of the flats started in 1983, less than fifteen years after the first tenants moved in. The flats were replaced by low rise council housing completed in the late 1980s.

Other programs, such as that in Castleford in the UK and known as The Castleford Project [3] seek to establish a process of urban renewal which enables local citizens to have greater control and ownership of the direction of their community and the way in which it overcomes market failure. This supports important themes in urban renewal today, such as participation, sustainability and trust – and government acting as advocate and ‘enabler’, rather than an instrument of command and control.

No longer are the professions and politicians saying to residents “We know how you should live we will build and relocate you”. Now they say “Help us, we haven’t a clue”. They sure don’t. For a better way see Making planning work differently. This envisages a market of competing housing and neighbourhood designs to find those best suited to the 21st century.

Before this can be done properly, irrational prejudices must go.

The rest of this post has been moved to Prejudices and housing: Prefab and shack