The plan for York to exile the poor | Brussels Blog

The plan for York to exile the poor 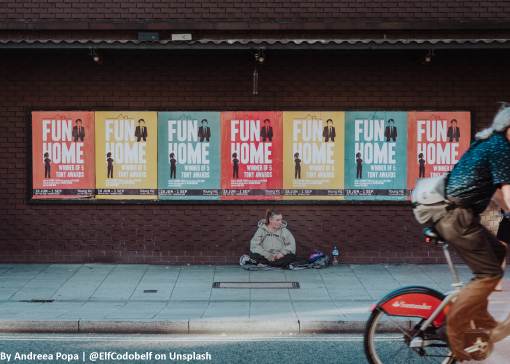 Planning gain and the cost of housing

Planning gain is a bonus to the land owner, who can sell the land for hundreds of times its value as agricultural land once planning permission is given. In the York plan I have estimated the total planning gain as £2.55 billion. Not a bad return to a handful of land owners for getting a few signatures on planning certificates. £2.55 billion is enough to build 10 new large hospitals, 150 secondary schools or even 10,000 new Bentley’s for the Lord Mayor.

The other beneficiaries of restricted planning permission, (which in turn restricts the the supply of new houses) are existing house owners. Over the past few decades, York house owners as a whole have benefited by several times more more than the land owners’ £2.55 billion planning gain allocated in the York Local Plan.

In short, land owners and house owners benefit greatly from the restrictions the planning system puts on the number of new houses that can be built.

The 2018 York Local Plan uses the term ‘affordable housing’ implying concern for the less well off. However, a Guardian article in 2014, Affordable housing does not mean what you think it means, commented:

In a move worthy of George Orwell’s Ministry of Truth, affordable rent will be higher than before, set at up to 80% of the local market rent. Across whole swathes of southern England affordable rented properties will simply not be affordable to people on low incomes.

If the York plan does mean affordable in its normal sense (rather than 80% of the local market rent) then the future housing targets outlined in the report are clearly insufficient because current market conditions have made housing unaffordable to most natives of York.

In recent decades, the housing market has transferred enormous wealth to wealthier households, who have seen the value of their houses rise. Poorer households have paid much more rent. (See the appendix, The rich got richer.)

In York this has been enhanced as waves of wealthier incomers have arrived from the South East, many buying into the York housing market having sold their even more expensive houses in London. This raises the cost of housing in York: Good for existing home owners and bad for poorer rent payers and York natives that want to buy their own homes.

Some of the less affluent (and their children) will be forced out of York to places like Selby and beyond, where housing is less expensive. Others will pay increasing housing costs. Even the children of the more affluent may have temporary difficulty – in the years before they inherit from their parents.

This situation was described in a report by Ove Arup & Partners Ltd. For the City of York Council. The report, Housing Requirements in York, Assessment of the Evidence. Here is my summary of the main points in Section 6.3 Broader relationships and impacts (For detail see the appendix, The Ove Arup report):

Perhaps point 4 should be

Appendix: The rich got richer

Originally from The return of plotlands and prefabs on ProgressOnline:

In order to get some idea of the different effects of the housing market on affluent and poor, I downloaded house price data from the land registry for the years 2000 and 2010. I then looked at the changes in house prices for the most affluent areas compared to the least affluent areas. (I used the P² People and Places demographic classification for this exercise).

The report by Ove Arup & Partners Ltd was Housing Requirements in York, Assessment of the Evidence. The telling part of the report is in section 6.3 Broader relationships and impacts. I have added numbered headlines (in bold). Paragraphs from the Arup report are in green.

Although headline prices have remained in line with national trends in York, lower quartile priced housing has become less affordable suggesting that established home owners are probably compromising their choices at the lower end of the market, probably in homes that were previously available to first time buyers.

The consequences of such changes are complex, but are likely to include the development of an increasing proportion of older, more affluent (and socially conservative) population over time. There will also be displacement of traditional population, perhaps to locations such as Selby or Leeds as gentrification becomes more widespread.

However, perhaps more positively is that the city may become more attractive for high skill groups, perhaps relocating from the higher house price areas of London and the South East.

Relocation from such places is typically constrained by the assumption that moving to a cheaper location means that it will never be possible to move back and that relocation may prove to be the “graveyard of ambition” as in the future it could constrain future career choices.

For example, surveys suggest that the parity of house prices between say, Cambridge and London, has been a factor that improves the attractiveness of the city to the highest skill groups. To some extent Harrogate and the Wharfe Valleys, as a premium housing locations for the Leeds labour market also may be demonstrating this effect. The issue here concerns the type of role as a City that York wishes to play.

York is located is a broader strategic housing market in which most indicators suggest strong demand. There is thus no obvious sub area options to disperse growth to neighbouring districts, indeed on the contrary it is likely that York will face additional pressures both because surrounding districts may under provide for housing. Such pressure also arises because York is and is likely to remain the major source of employment and services in its sub region and York’s range and choice of housing is broader.

Whilst is possible, that market processes in terms of higher house prices may encourage a wider area of housing search, including most obviously Leeds (or perhaps Hull) this is likely to be associated by additional in commuting. There are opportunities for sustainable travel choices for commuters in the sub-area, including rail links from Malton and Selby and there is scope for a future, more planned, sub-regional approach.