Feeding the geese and robbing the rich | Brussels Blog

Feeding the geese and robbing the rich

Why can’t we just rob the rich?

Back in the 1950s I watched the series “The Adventures of Robin Hood” on TV written by lefty blacklisted Hollywood writers. I liked the fact that TV Robin took from the rich to give to the poor – without too much real-life brutality.

Trying to throw to the newcomer at the top right

I still have a moral sentiment which could be called Robin Hood redistribution – redistribution from haves to have-nots. It guides me when I am feeding the geese: That goose over there has more than enough food so I try and toss other the scraps to the “poorer” ones.

Perhaps this is related to a moral sentiment that wants all geese to be as satisfied as possible – and I guess the food-rich geese don’t need the crusts of old sandwiches as much as the food-poor geese.

Such moral sentiments come naturally to us and can drive us into action. For example, if one day I pass by with no crusts to give the geese, I might follow my moral sentiment for Robin Hood redistribution and jump into the river to take food from the food-rich geese to give to the food-poor geese. (Note to the family, especially to those of you that have tried something similar: This is only a “thought experiment”.)

There are other moral sentiments that might affect me when feeding the geese. For example, I might think that the healthier, stronger geese will survive their long journeys of migration but the poorer ones have no chance – so, rather liking the idea of the geese returning next year, I concentrate on the likely survivors. The moral sentiment of Robin Hood redistribution is weighed against the moral sentiment of wishing for at least some of geese to survive.

I can use reason and facts to modify the weighing of my moral sentiments. A quick check has just told me that in the UK Canada Geese don’t migrate much. They just huddle together in enormous flocks out of my sight for the winter. I might even by influenced by the argument Robert Hardman puts forward in his his Daily Mail piece, The most loathsome bird in Britain he says:

“If Canada geese were human, they would be lounging around all day doing nothing, claiming every welfare benefit in the book, driving their neighbours out of town and notching up ASBOs around the clock. While numbers have quadrupled in the last 40 years, local authorities and landowners – hampered by the law – have fought a losing battle to keep their numbers at bay.”

Hardman uses argument to collate moral sentiments to convince us that we should take action against the Canada geese and control their numbers. One interesting sentiment Hardman uses here is “don’t give scroungers something for doing nothing”. This pulls in the opposite direction to a wish to make the geese as satisfied as possible. 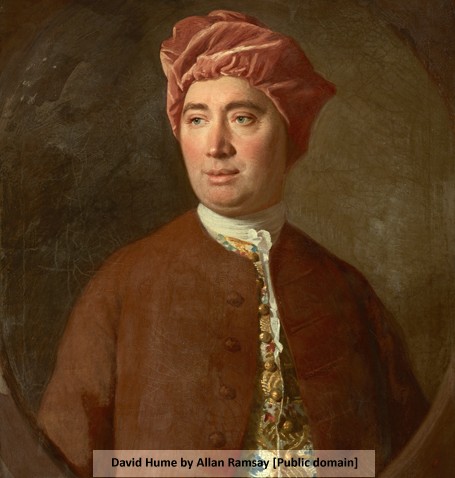 The philosopher David Hume (1711-1776) pointed this out a long time ago. My paraphrase of his view is this:

(3) Some internal feelings are “moral sentiments”

For the longer, more accurate version try the Stanford Encyclopedia of Philosophy.

In the field of public policy, it seems obvious that moral feelings should give rise to action. (Ed: Lots of circularity here, surely. Author: See page 109). I must ask my favourite philosopher if Hume thought that too.

A Philosophical interlude (or a joke break) 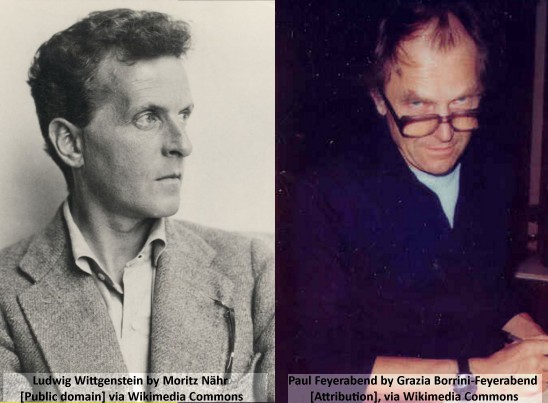 The previous section is a bit of a shambles so let’s see if other philosophers can help. Let’s start with Ludwig Witgenstein

Wittgenstein rejected the idea that language is somehow separate and corresponding to reality, and he argued that concepts do not need to be clearly defined to be meaningful.

[Feyerabend held] that the idea that science can or should operate according to universal and fixed rules is unrealistic, pernicious, and detrimental to science itself.

So a shambles is inevitable. According to Wittgenstein, we have to work with fuzzy concepts. According to Feyerabend, there are no fixed rules for science (i.e. for theories using facts).

Consideration of the moral sentiments adds to the shambles but we cannot develop public policy without them because public policy, if it is aimed at producing action, requires “motives of the will”. This in turn requires the presence of Hume’s “passions” in those that are deciding policy. In this context, the best passions are moral sentiments.

I find it very uncomfortable wallowing in fuzzy discussions of sentiments, feelings and purpose but I’ll give my best shot at giving my meaning to “good moral judgements” for public policy

Good moral judgements are those that would be made by good people acting as good people.

I guess that some philosopher or other that I haven’t yet found has said something similar. I know it’s not very clear, and begs all sorts of questions. (And it sounds too much ultram like Alfred Taski‘s peculiar definition of truth: ‘ “Snow is white” is true, if, and only if, snow is white.’)

Can we do much better than this? Possibly, but not much. For the drivers of public policy, but not its detailed application, we are reduced to wallowing around in our mass of passions, trying to weigh them up, perhaps hoping some of them are moral sentiments.

“However”, (as Mona Lisa Vito says in My Cousin Vinnie) without the force of the “passions” there are no motives – no calls to action. Without these, the pursuit knowledge using theory and facts, can contribute nothing to policy making. It is no more helpful than the solution to a crossword. 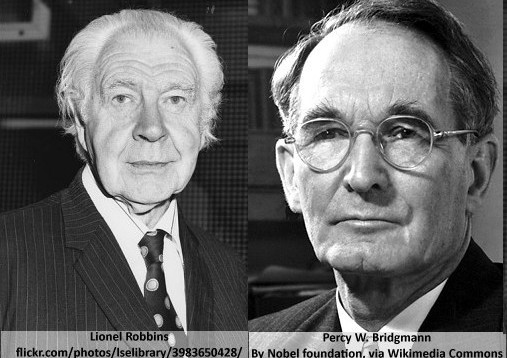 In “Lionel Robbins didn’t understand science. Ravens do”, I discussed how Lionel Robbins distanced economics from morality by following Percy Bridgman’s false view of science. Robbins, writing in the 1920s, claimed that internal feelings (such as happiness – or satisfaction) could not play a part in science as they are not directly measurable. He was following an approach to scientific method called Operationalism and wrote

“There is no means of testing the magnitude of A’s satisfaction as compared with B’s. If we tested the state of their blood-streams, that would be a test of blood, not satisfaction.”

Philosophers soon saw Operatinalism as a nonsense: An electron, for example, is not directly measurable but it is still part of mainstream science.

I can observe a goose who is fearful and predict they will fly away soon. This observation alone does not necessarily involve me doing anything. I may not have internal feelings about the fear the goose is feeling. Usually I will and move more slowly an possibly throw some food. I will have transformed a theory and fact situation into one that involved action, driven by my own internal feelings having sensed the feelings of the goose.

That is an example of observationally based scientific theory transforming into moral action driven by my internal feelings.

The terms we use for internal feelings can often translate into moral sentiments. In The Economics of Welfare, 1920, Pigou said

“[I]t is evident that any transference of income from a relatively rich man to a relatively poor man of similar temperament, since it enables more intense wants, to be satisfied at the expense of less intense wants, must increase the aggregate sum of satisfaction.”

This is not unscientific. It only steps outside science (or Hume’s “reason”) to become a “call to action” or “motive for the will” if we say

The aim of pubic policy should be to “increase the aggregate sum of satisfaction”.

“all that part of the theory of Public Finance which deals with “Social Utility” goes by the board. Interesting as a development of an ethical postulate, it is entirely foreign to the assumptions of scientific Economics.”

Robbins was correct in identifying Pigovian theory as containing ethical postulates but he was quite wrong in outlawing internal feelings such as happiness as unscientific: “internal feelings” can be both both part of science and ethics. 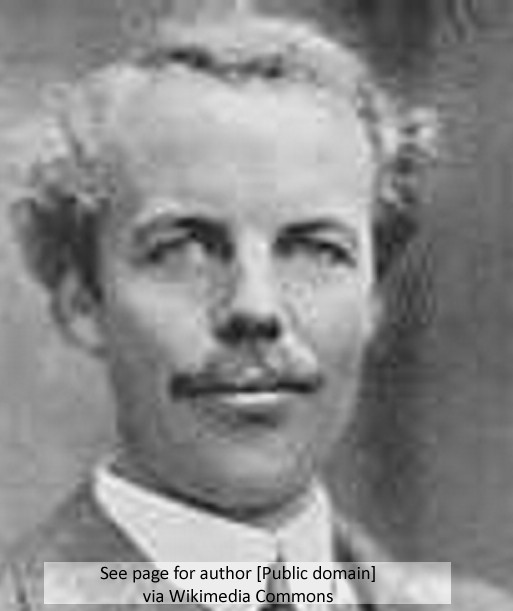 Robbins version of science that excludes internal feelings does not have “motives for the will” or calls to action. It is in the same category as a solution to a crossword puzzle. With no calls to action, it has no relevance to public policy.

The version of science that includes internal feelings does not have calls to action either. It too is in the same category as a solution to a crossword puzzle. The advantage comes because it is much easier to link the facts and argument of economics with our moral sentiments because both use the concepts of internal feelings. So we have the calls to action that make economics worthwhile.

I’m going to stick to my internal feeling for Robin Hood redistribution and let it become a moral sentiment that will drive my actions. I hope some economists can come along with me, reject Robbins’ crossword puzzles and accept that we should take from the rich and give to the poor. Especially that now we have a weapon that avoids the real-life brutality of Robin Hood’s bows and arrows: THE VOTE.

To get back to the geese.  I have internal feelings about the internal feelings of geese: I become happier when they are happy. This can be considered as a fact within a theory, which, in Hume’s view, would not be a motive for my action.

Going one step further: I want the geese to be happy. This is now a motive for action so tonight I will go and toss them some crusts, trying to distribute them as evenly as possible. I found this man doing the same. 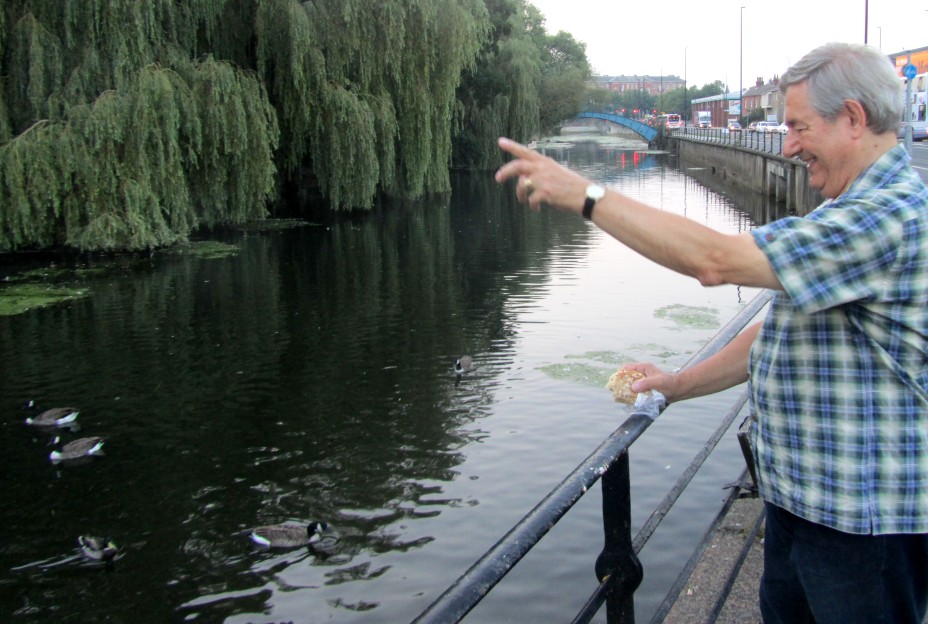 This man gave food to the geese as equally as possible. He also said “Taking from the rich to give to the poor is a good moral principle”. What do you think?

Glad to come across your work. (Via CUSP I think.) Feeding ducks/geese theme is familiar to me, and nice t see in print by someone else! Have you thought about researching ecofeminist ideas (notably Mellor’s Debt of Democracy, and Scott Cato on Green Economics)? it would be good to a piece by you on these: I hope you do! With very best wishes, Sylvia

I hadn’t come across Mary Mellor before. She sounds interesting and worth following up.

I had only just about heard of Molly Scott Cato as a Green MEP but I have just found a bit more about her. Now that means more to read!