A modern Robin Hood would be
more fundamental than Piketty

The future of inequality

In The future of inequality Thomas Piketty suggests that future growth will be no larger than 1.0% to 1.5% a year. He points out that the rate of return on capital has typically been 4% to 5% per year. This causes a very large concentration of wealth.

This stirs discontent and radically undermines our democratic values and institutions. The ideal solution to this would be a global progressive tax on individual net worth. Those who are trying to enter the game and start accumulating new wealth would pay little, and those who already have billions would pay a lot. This would foster mobility and keep inequality under control.

A much simpler justification was used by earlier economists, such as Bentham and Mill, that it is right to take from the rich to give to the poor because the rich value what has been taken less than the poor that receive it. This is the utilitarian principle of maximising human satisfaction (or utility or happiness).

Piketty may be avoiding the utilitarianism because of the objections that moral philosophers can put forward. In the 21st century, few would regard the Roman Games, where the audience delighted in Christians being eaten by lions as morally correct – even if the total pleasure of the crowd exceeded the negative pleasure (the pain) of the Christians. But economics won’t help here either: It has nothing to say. A utilitarianism approach is the best economics can do in the moral field: Not perfect but good enough.

A more depressing reason for Piketty’s coyness may be the legacy of Robbins: the muddled claim that the utilitarian principle was unscientific. A broad moral brush is all that economics can provide, it can’t do better the maximum happiness principle.

The biological basis of compassion

The utilitarian principle is closely related to our sense of compassion which has a biological basis. This can be studied using scientific methods. In The Compassionate Instinct, Dacher Keltner reports research by Joshua Greene and Jonathan Cohen who found that

“when subjects contemplated harm being done to others, [the compassionate] regions in their brains lit up … [This] strongly suggests that compassion isn’t simply a fickle or irrational emotion, but rather an innate human response embedded into the folds of our brains.”

Compassion is stronger in the poor than the rich

In The Poor Give More, Jason Marsh reports Paul Piff’s research, that the rich aren’t as generous as the poor because they don’t typically feel as much compassion for others.

“Piff and his colleagues argue that the poor may feel more compassion because they are more connected to those around them, psychologically and socially … On the flip side, as people attain higher status, their ability to take others’ perspectives is diminished.”

The biological basis of justice

The idea of justice is part of our moral framework, including that of punishing bad behaviour. In the abstract of their article, The neurobiology of punishment, Seymour et al say

“Animals, in particular humans, frequently punish other individuals who behave negatively or uncooperatively towards them … The propensity to do so … incorporates the desire to uphold equity and fairness, and promotes cooperation.”

This might explain a moral repulsion for uncharitable behaviour. Does this create a justification for punishing the rich for being mean and rewarding the poor for being generous?

This would be Robin Hood with vengeance. 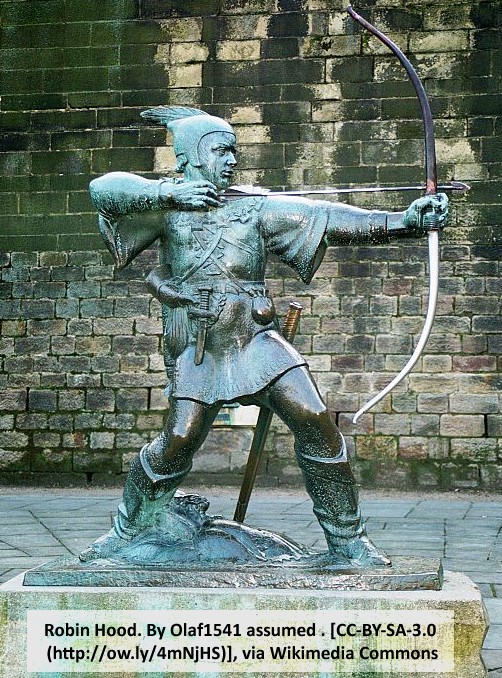 That’s OK by me as long as the punishments aren’t too harsh.

Bloodshed can be avoided by using votes rather than bows and arrows.

Let’s vote to take from the rich to give to the poor.