The parable of the smoking carriages | Brussels Blog 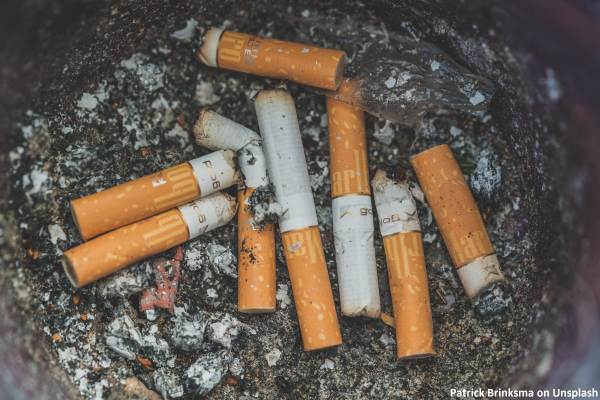 As mentioned in Greenwash from Stern? economic growth and “increased living standards” are often measured as GDP per capita but in developed countries these increases have little or no effect on well being. Richard Wilkinson’s Ted Talk shows the average well-being in developed countries is not dependent any longer on national income and economic growth and societies that are more equal are healthier and happier ones.

In his talk Richard Wilkinson uses the example of Denmark as a society of happy, healthy people where the income distribution is more equal than other developed economies. He also points out that, in Denmark, it is possible to rise up the social ladder very much easier than in the USA. His advice to the people who wish to live the American Dream leave the USA and go to Denmark.

The happiest country on Earth

In a recent piece on CNN, In Pursuit of Happiness, their chief medical correspondent, Dr Sanjay Gupta says

So we get to start off by going to the happiest place in the happiest country on earth. It is a maternity ward in Denmark. Take a look.

“Living standards” is a flexible term with several meanings. Sometimes this is identified as consumption. Economists have recognised concepts which question this: positional goods and external costs:

1. Positional goods – Sometimes people prefer to be poorer if they can be better off than their neighbours. A study by Solnicka and Hemenway (1997) reported

Approximately 50 percent of the respondents preferred a world in which they had half the real purchasing power, as long as their relative income position was higher”

Practically this can mean that improved living standards for some can lead to less happiness. Do citizens want to compete with their neighbours or cooperate with them?
See Cooperation and competition as values.

2. External costs – where one persons consumption produces undesirable effects for others such as noise or air pollution.

Possible solutions to the external costs of pollution include

Any of these limiting mechanisms would produce winners and losers. Broadly, the affluent would be more likely to be losers and the poor would be more likely to be winners. This is simply because the poor have less consumption and so pollute less than the affluent. In the case of a tax on carbon to limit global warming, proceeds distributed on a per capita basis would clearly take from the more-polluting rich and give to the less-polluting poor.
See also Open Letter to James Hansen.

I remembered earlier about how years ago British Rail used to make some carriages half smoking and half non-smoking.

I remember too. In these carriages the beginning of the journey was bearable but as the journey progressed the smoke filled the whole carriage. It became just as unpleasant in the non-spoking half as in the smoking half.
Some relief came when British Rail separated smokers into separate carriages: two carriages for smokers and four for non-smokers. Soon the two smoking carriages had few people in them so later this became one smoking and five non-smoking carriages. This single smoking carriage was usually almost empty even on crowded trains. Smokers could not stand their own smoke.

The moral of the smoking carriages: Confine polluters to their own pollution and they give up polluting.

Unfortunately, separating low-carbon-polluters from high-carbon-polluters does not save the planet from greenhouse gasses which pollute the whole world. We can’t have one planet for polluters and one for non-polluters – but if that were possible the polluters would soon want to leave their polluted planet and change their ways.

Are there advantages for the low-polluters (other than the good feeling of being less polluting) if they were separated from the rest of society into areas where they could live low-carbon lives?

In previous pieces (e.g. A parable of four villages and Making planning work differently) I pointed out that these greener areas could have things that are dying out elsewhere: local shops, local pubs, nearby schools and even buses – and of course cycleways, like in Denmark.

Should these be low-carbon areas be called Green Ghettos?

In future posts I will discuss Green Ghettos again. They will need special rules and financial mechanisms as outlined in the Newsletter of the Rents, Service Payments And Covenants Association (February 1976):

I hope to have the Green Ghettos Handbook ready before the 40th anniversary of the first issue of the RSPCA Newsletter.