In the inaugural paper for the All-Party Parliamentary Group on the Limits to Growth is “A review of the limits to growth debate” by Tim Jackson and Robin Webster. They discuss many of the concerns of the original “Limits to Growth” from the Club of Rome. 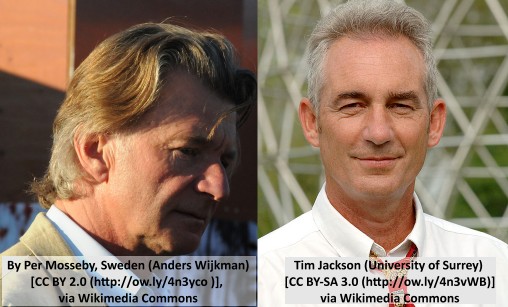 Speakers at the inaugural meeting

Jackson and Webster also report Anders Wijkman, the current Club of Rome Co-Chair and his nervousness of the term “degrowth”:

“Instead of a degrowth campaign, I would urge us to develop together a positive narrative where growth and development are discussed in qualitative rather than quantitative terms.”

Looking at the difference between “green growth” and “degrowth” is a one of the topics in Jackson and Webster’s paper.

The degrowth movement, “Research and actions to consume less and share more”, say they are gaining

“a significant momentum, academic and social, around the idea of degrowth. Other conferences, research projects, courses and summer schools on degrowth have taken place in the same spirit in India, Canada, England, Sweden, Greece, Czech Republic, the Basque Country, etc.”

However, Jackson and Webster point out that “Policy and media have not yet given much credence to these ideas”. A simple test with Google searches confirms this. For example: The London School of Economics is a leading policy centre in the UK for research into the environmental effects of economic activity. A search of the LSE website for “green growth” gives almost 200 results for the past year. On the other hand, “degrowth” (hyphenated or not) gives two meaningful results. (These are two papers by Ian Gough, “Can Growth Be Green?” and “Macroeconomics, climate change and ‘recomposition’ of consumption”.)

“In both 2014 and 2015, carbon emissions from burning fossil fuels and industry flattened and even fell slightly, while GDP increased by 3.4% and 3.1% respectively…

This kind of evidence has led the IEA, for example, to argue that greenhouse gas missions are now ‘decoupling from economic growth’.”

These “lower emissions” have yet to show in the concentration of CO2 in the atmosphere as measurements from the National Oceanic & Atmospheric Administration show: 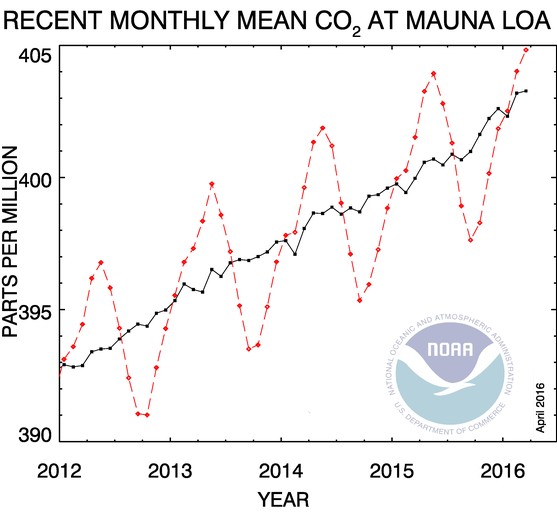 The 2015/2016 El Nino may be masking some of the effect of stabilised emissions but these increases suggest that emissions from human activity may not have been completely counted. “Decoupling emissions from growth” may be harder than most policy makers assume. Worryingly, concentrations of the second most important greenhouse gas, methane are showing similar rises.

The fifth assessment report of the Intergovernmental Panel on Climate Change (IPCC AR5 – in 2013) was the first to include an assessment of a “carbon budget” – a finite amount of carbon that can be burnt before it becomes unlikely we can avoid more than 2°C of global warming. Later they issued a budget for 1.5°C, which Carbon Brief updated in Six years worth of current emissions would blow the carbon budget for 1.5 degrees.

Wikipedia says green growth is “a path of economic growth that uses natural resources in a sustainable manner”. A weaker meaning is that an increase in world economic activity which remains within IPCC remaining carbon budgets is green growth.

An even weaker meaning would be to allow the remaining carbon budgets to run out in the second half of this century, when it might be possible to balance carbon emissions into the atmosphere by large scale extraction, using something like Bio-energy Carbon Capture and Storage (BECCS) – or one of the other methods catalogued by Carbon Brief in 10 ways ‘negative emissions’ could slow climate change. The IPCC is relying on the negative emissions from carbon extraction for several of its scenarios but this reliance may be risky – see Kevin Anderson’s comments on negative emissions in The hidden agenda: how veiled techno-utopias shore up the Paris Agreement.

For the sake of argument, let us assuming that negative emissions technology will be able to extract carbon dioxide from the atmosphere at a large scale in, say, 2050. This raises the question: Can world wide carbon emissions be kept below the remaining carbon budgets – either for a 1.5C rise in global temperature or failing that a 2.0C rise?

A recent update to “Is Green Growth a Fantasy” calculates that to keep within the 1.5˚C budget a reduction in carbon emissions at a steady rate of 24% a year is required to make the budget last another 50 years – until the time when negative emissions will save the climate. This is not credible. Even to keep below a 2.0˚C rise carbon emissions must fall by over 4% a year. On recent performance this is not credible either.

Carbon Brief reported work by the The World Resources Institute that looked at which countries have achieved decoupling of economic growth from carbon emissions over the 2000 to 2014 period. Of the 35 countries considered, only three countries achieved a decarbonisation rate of more than the necessary 4% over the 2000 to 2014 period. They were Uzbekistan(4.5%), Singapore(5.3%), Macao(5.9%).

The UK achieved a decarbonisation rate of 2.83% but this rate does not account for “offshored” emissions: Close steel works in the UK and import the steel from China then the rate of decarbonisation for the UK improves. The UK’s true figure will be rather less.

The demographics of climate change

One issue not addressed by Jackson and Webster is the demographics of carbon emissions. It is instructive to look at what lifestyles are most carbon intensive. In Extreme carbon inequality, Oxfam show the richest 10% of the world’s population produce half of Earth’s CO2 emissions and that the average emissions of someone in the poorest 10% of the global population is 60 times less than that of someone in the richest 10%

The rich cause most of the CO2 emissions

Naturally, the poor aspire to be rich but, as things stand, aspiring to be rich means aspiring to a high carbon lifestyle. This may add to the political difficulties for the All Party Parliamentary Group but as Jackson and Webster are right to say

“Faced with these challenges, there is also clearly a premium on creating political space for change and developing positive narratives of progress. A part of the aim of the APPG is create that space.” 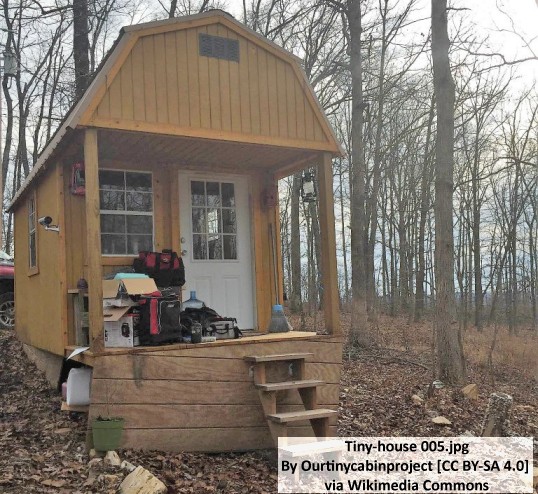 Wooden homes can be idyllic and store carbon

One positive narrative would be to show that pleasant lifestyles which don’t pollute the planet are possible on a local scale. Politically this might be easier if neighbourhoods are developed which grow alongside our existing economic system. “A market in prototype neighbourhoods” may describe a long shot but we haven’t got many shots left.