The BBC is a trusted source, says Tony Hall 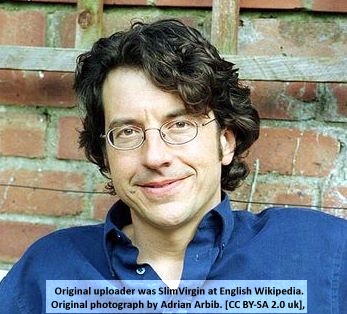 I don’t always read my copy of Prospect Magazine – the writing in it is top quality but it seems firmly inside one of those bubbles my social betters inhabit – but, on New Year’s Eve, I had an hour to kill in the pub and I had just collected the January edition with my post from my previous address.

It was good to see Tom Watson’s piece Robotisation: time to face the future because we are at a time when labour-saving technologies must cause a fall in the value of labour that cannot be counteracted by economic growth. Now we must decrease consumption to cut carbon emissions. This means we have less production at a time when the labour content of production is reducing. (See Jobs, the AI revolution and climate change and Labour’s Industrial Strategy. A wrong place to start.)

I was very interested in Universities challenged: we must not overturn a successful system by Alison Wolf. I was also quite irritated by it. Especially

UK universities are a global success. They contribute billions to the economy by appealing to international students. They are the most productive research universities in the world, in terms of output for expenditure.

Perhaps I didn’t get a proper grip of her book, Does Education Matter?. A decade or so ago I thought she extended the work of Ronald Dore. In his book, The Diploma Disease he wrote in 1976

I can see how Alison can claim UK Universities make a “successful system”. They have large incomes by collecting patents or other intellectual property derived from their research. They charge students loads-of-money for “education and diplomas”, which too often fits Ronald Dore’s anti-educational description.

The profitability of a system with a licensed monopoly to issue job-enhancing credentials is not my measure of educational success.

However, it was Why Britain needs the BBC by the Director General, Tony Hall, that got me worked up enough to write this. He said

This year the BBC’s audiences sent a clear signal about the kind of corporation they want. Nearly 200,000 made their voices heard in the public consultation on the renewal of our Royal Charter. The government described the response as “unprecedented,” pharmacy second only to their consultation on gay marriage. The message was simple: the BBC’s public service mission—to inform, educate and entertain—is as pertinent today as it has ever been.

Like George Monbiot, I think that the BBC is biased and does very little to inform and educate, especially on the most important issue facing the world: climate change. They also confuse the science with weather stories that may be true(ish) but hide underlying climate impacts behind El Ninos and “lake effects”. In Our ‘impartial’ broadcasters have become mouthpieces of the elite, Monbiot writes

On BBC News at Six, the Cardiff researchers found, business representatives outnumbered trade union representatives by 19 to one. “The BBC tends to reproduce a Conservative, Eurosceptic, pro-business version of the world,” the study said. This, remember, is where people turn when they don’t trust the corporate press.

While the way in which the media handle the stories that are covered is bad enough, the absence of coverage is even worse. If an issue does not divide the main political parties, it vanishes from view, though the parties now disagree on hardly anything. Another study reveals a near total collapse of environmental coverage on ITV and BBC news: it declined from 2.5% (ITV) and 1.6% (BBC) of total airtime in 2007 to, respectively, 0.2% and 0.3% in 2014. There were as many news stories on these outlets about Madeleine McCann in 2014 – seven years after her disappearance – as there were about all environmental issues put together.

And I just groan

When Tony Hall writes “in the ‘post-truth’ era, the BBC’s trusted, impartial news services have never been more needed”, I just groan.

P.S. (YouGov survey) Evidence that the BBC has failed to “inform and educate” on climate change is evident from results of a YouGov survey which concluded:

“The Creative Archive Licence is also designed to protect the Licensor’s right not to have a work treated in a derogatory or objectionable way.

Is this posting derogatory? I hope so.

P.P.P.S. (A link to some links). I’ve made many complaints about the BBC over the past decade or so. Some of them are listed of the Media section of BKUK.com.