We should listen to … Zig Engelmann | Brussels Blog

We should listen to … Zig Engelmann

People we should listen to. No. 2 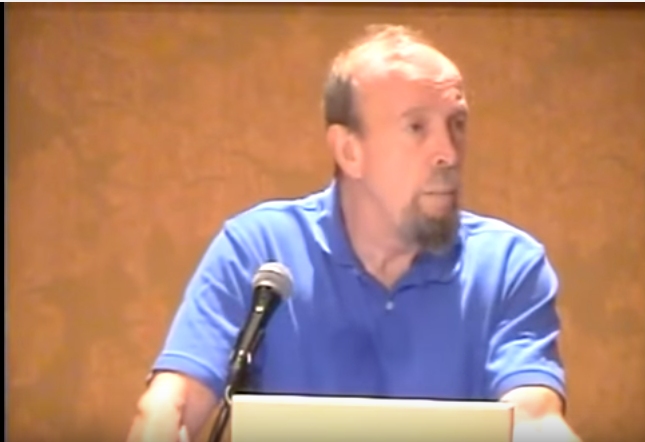 Zig Engelmann. Image from the YouTube video shown below.

Only 1% should be illiterate?

A few months ago I was a messenger between an ex-head teacher and an educational academic. The topic was Direct Instruction, a method of teaching young children to read. The teacher claimed it worked; the academic said several methods work if good, enthusiastic people were using them.

The teacher claimed that only about 1% of children should remain illiterate, a much lower rate than schools achieve today. One problem was that Direct Instruction was not liked by many teachers because the teachers liked to have the freedom to express themselves and innovate. The practitioner said he’d done had great success with Direct Instruction but the academic didn’t believe it was repeatable.

However, if the practitioner’s 1% were to be anything like correct, why does the National Literacy Trust say

Around 16 per cent, or 5.2 million adults in England, can be described as “functionally illiterate”.

Evidence or “Gimme Some Truth”?

The Direct Instruction programme resulted in gains in reading performance significantly greater than the other two programmes and the control group…
Post‐intervention questionnaires completed by the subjects, their parents and their classroom teachers indicated that perceived success differed significantly from measured success and that parents and children were predisposed towards the success of any programme to which they had committed themselves. An explanation was offered for the continued acceptance and use of intervention approaches which have failed to find significant support in the literature.

Zig Engelmann. A man with the wrong credentials

I found a compelling story about the origin and progress of Direct Instruction by Bonnie Grossen. To me it’s a story of someone that discovered something important but as Bob Johnson commented in the previous piece

‘proof’ counts for zilch when ideologies are questioned

Here I recommend the conscientious reader to read Bonnie Grossen’s account, The Story Behind Project Follow Through. For those as lazy as me here are a few excerpts..

The preschool teacher, Zig Engelmann, had begun developing his model in 1963 as he taught his non-identical twinboys at home, while he was still working for an advertising agency. From the time the boys had learned to count at age 3 until a year later, Zig had taught them multi-digit multiplication, addition of fractions with like and unlike denominators, and basic algebraic concepts using only 20 minutes a day.

Many parents may have dismissed such an accomplishment as the result of having brilliant children. Zig thought differently; he thought he might be able to accomplish the same results with any child, especially children of poverty…
The preschool project needed a director with faculty rank, a ranking that Zig did not have, in order to continue to receive funding on a grant from the Carnegie Foundation. Wes Becker, a professor of psychology saved the preschool by joining it as a co-director.

The model developed by the Illinois preschool teacher who didn’t even have a teaching credential, much less a Ph.D. in education, was not expected by many educrats to amount to much, especially since it seemed largely to contradict most of the current thinking. All sponsors were eagerly looking forward to the results…

The preliminary annual reports of the results were a horrifying surprise to most sponsors. By 1974, when San Diego School District dropped the self-sponsored models they had been using with little success since 1968, the U.S. Department of Ed allowed San Diego only two choices;Direct Instruction or the Kansas Behavioral Analysis model. It was evident by this time that the only two models that were demonstrating any positive results were these two. The results of the evaluation were already moving into policy. This was not well-received by the many sponsors of models that were not successful.

Before the final report was even released, the Ford foundation arranged with Ernest House to do a third evaluation;a critique of the FT evaluation; to discredit the embarrassing results. The critique was published in the Harvard Educational Review and widely disseminated.

I, personally, would not advocate mandating Direct Instruction, even though it was the clear winner. I don’t think that mandates work very well. But every educator in the country should know that in the history of education, no educational model has ever been documented to achieve such positive results with such consistency across so many variable sites as Direct Instruction. It never happened before FT, and it hasn’t happened since. What Wes, Zig, and their associates accomplished in Project FT should be recognized as one of the most important educational accomplishments in history. Not enough people know this.

John Lennon may sing “Gimme some truth” but then there’s The Closed Minds Problem.

Zig Englemann worked in the USA but the ex-head repeated the work and taught other teacher to use Direct Instruction. Is it possible to reduce illiteracy to 1% of children? We won’t know until we try (or try again).

Having discovered Bonnie Grossen’s account of Zig Englemann’s work, I side with the practitioner rather than the academic.

“Engelmann developed scripted lessons that provided the exact wording for teachers to use, sequenced the learning in the most effective manner, and provided guidelines for checking children’s responses and providing appropriate corrections and reinforcements. The scripts allowed teachers to focus on their interaction with the children.”

I skimped on the research. Now Zig Engelmann did become a professor and has several YouTube videos

“…Large numbers of civil servants devoted their time to publicising and marketing NVQs, and encouraging their use by industry. Doubts about the underlying argument, and the likelihood that employers would indeed change their training practices wholesale, were pushed aside (as were increasingly vocal criticisms of the quality of the awards themselves.) The reforms slid into something reminiscent of the ‘Cargo Cults’ of Polynesia. Just as worshiping replicas of planes was thought, by cult adherents, to bring the showering of gifts from the sky, so it became an article of faith that awarding enough vocational certificates would somehow transform the nature of the UK economy.”

Is this similar to Ros Wilson’s Big Writing and VCOP?
https://global.oup.com/education/content/primary/experts/ros-wilson/