This article was originally published in the December 2011 edition of Challenge, the magazine of the Green Liberal Democrats. See also A market in prototype neighbourhoods. 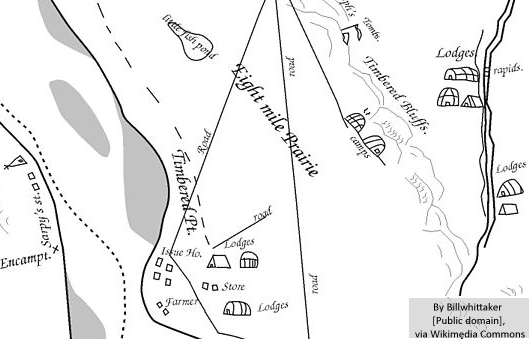 The UK and the World face a century with multiple problems. Climate change will bring about problems of food and water security. The end of cheap energy, particularly cheap liquid fuel, will make economic growth difficult and some predict the retreat of globalisation. I believe the current planning system can be modified to help overcome these problems with important changes to the way we live – at home and in our communities.

The key mechanism is to allow and encourage more stringent planning permission criteria. These criteria should to be designed to achieve environmental sustainability, local jobs and local food production. To make this work it will be necessary to have financial mechanisms which can be used to reward or punish those that are granted planning permission.
The starting point is the recognition that the grant of planning permission can bestow enormous value on land owners. Local and national government control planning permission. They should use this to set a new agenda.

The value of planning permission

Examples of the value of planning permission

York’s local paper has reported 1,400 new homes planned at former British Sugar site. The value of a plot with planning permission for a single house in York can be well over £100,000. If it had no possibility of planning permission the same area of land would be worth a few hundred pounds.

My rough estimate of the value of planning permission on the British Sugar site is over £100m.

A recent foresight report from the Government Office from Science. The Future of Food and Farming: Challenges and choices for global sustainability says

The global food system will experience an unprecedented confluence of pressures over the next 40 years. On the demand side, global population size will increase from nearly seven billion today to eight billion by 2030, and probably to over nine billion by 2050 … On the production side, competition for land, water and energy will intensify, while the effects of climate change will become increasingly apparent.

The age of cheap energy is over

In The age of cheap energy is over, The Executive Director of the International Energy Agency (IEA) has warned that curbing rising fossil fuel prices will require significant investments and further development and deployment of renewable energy technologies, energy efficiency, and advanced vehicles.

Oil and the end of globalization

The economist, Jeff Rubin says in Oil and the end of globalization :

A rich gene pool of settlement types is required.

A range of solutions

The UK Government has proposed policies such as de-carbonising electricity generation, better insulated buildings and encouraging the use of electric cars. These reduce the UK dependence on imported energy and also our greenhouse gas emissions. They begin to disengage the UK from globalisation in the energy sphere.
These are positive but limited measures. We need to substantially change the way we live not just change the cars we drive or the way we heat our buildings. That should include the way we plan our neighbourhoods and communities.
This is not just a matter of planning density or urban form. It is much wider and requires skills and powers not currently available to town planners. Town planners are not used to specifying conditions that constrain the way people live. For example they do not look for legal or financial mechanisms to ensure that more food is locally grown or that residents have a low carbon footprint and work locally.
We need to experiment with planning ideas to create rich gene pool of settlement types with stricter rules for living, so that the settlements that work can become part of our pattern book. An example would be planners granting permission for a settlement where all households must have electric cars or one in which or one in which a defined percentage of residents work locally.
We need an approach that will spawn different settlement types and measure their outcomes in terms of defined parameters.

Most of these parameters are not now used in planning – a planning restriction that demanded that a certain percentage of food should be produced locally would almost certainly be rejected on appeal – but the challenges of this century mean we must experiment in terms of these parameters.

A vast store of wealth has been before our very eyes for years – planning permission. Recently, there have only been feeble attempts, such as 106 Agreements or the Community Infrastructure Levy, to capture this value for the public good. An exception is the London Olympics budget.

How can the developers do it?

The easy answer is “It’s up to the developer” and their response will depend on the type of developer: private, social landlord or some quasi government body like the Olympic Delivery Authority. It would be up to the developer to design any financial and legal mechanisms to effect the planning targets and to design the property rights, if any, of the residents. These will help to shape the way of living of the residents. What is required is a re-education of the planning professionals for they will be setting the agenda.

The world and the UK are in a dangerous place because of climate change and the end of cheap oil. We must find new ways of organising our settlement patterns to ameliorate these dangers. We must allow and encourage planners to demand much more from developers setting targets using social and environmental parameters. Developers pay on penalty clauses when they fail.
If you think that this is rather far fetched go back to the beginning and contemplate the problems we face. They aren’t far fetched. They are probably understated.