Our housing market has screwed the young | Brussels Blog

Our housing market has screwed the young

In this posting,
‘The young’ refers to under thirty-fives.
‘We’ are the over forties 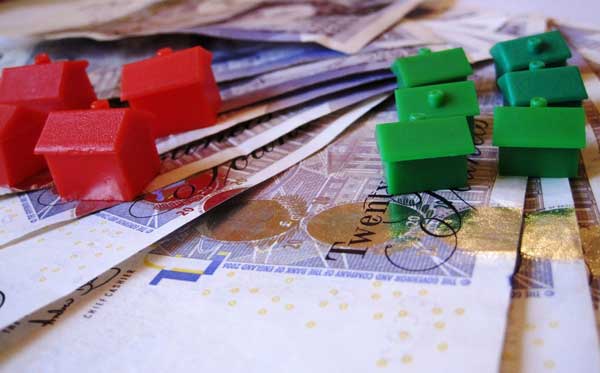 Do they know the truth?

At my age, youth means someone under thirty five so most of them should be old enough to figure things out for themselves. It seems they have not – or perhaps they’ve just given up.

Back in the sixties the young cared, money didn’t matter much and “Love was in the air”. Sadly, I was just too old, a child of the fifties so most of it passed me by but I admired that generation’s enthusiasm and willingness to confront the restrictions of their rulers. They wanted freedom from the control of the old.

The sixties generation, called the baby boomers, have been a lucky generation. In Have young people never had it so bad?, Tom de Castella in the BBC News Magazine wrote:

Rising wages and low house prices helped the baby boom generation to prosper. Today’s young face high unemployment, expensive education, and a lifetime of renting. Have they never had it so bad?

The baby boomers – and oldies in general – have taken the benefits of our consumerist society and consigned the youngsters to lower standard of living. These advantages of the oldies are underwritten by the fact that they are more likely to vote. Some of us remember Eddie Cochran’s:

Well I called my congressman and he said quote:
“I’d like to help you son but you’re too young to vote”

That’s why the Chancellor George Osborne said last year that he would prefer to cut benefits available to young people rather than those for pensioners.

Why haven’t the youngsters in Britain revolted?

In Spain they have:

The 15-M movement arose in May 2011 reflecting the grievances of young people who felt let down by institutions and the political establishment, and felt that they had no opportunities in an economy that was rapidly shedding jobs, and more fundamentally that ‘the system’ was not working for them. Even if Spain grows at 1%, as recently forecast by Finance Minister Luis de Guindos, youth unemployment will remain exceptionally high. Eurostat reported in January 2014 that youth unemployment reached 57.7%.

The rapidly spreading succession of 15-M protests reached hundreds of thousands of people and continued for several months, often involving permanent occupations of public spaces in city centres. What was notable at that time was the near total absence of violence, as protests only very rarely led to confrontations with police (primarily when police tried to clear camps or sit-ins).

From Tahrir Square to Wall Street, growing economic inequalities and a persistent lack of jobs have caused demonstrators in many countries to demand real change from their governments. But as the global economic recovery stalls and high unemployment rates persist, the root causes of social unrest show no signs of abating.

Perhaps in Britain, keeping youth unemployment lower than Spain keeps unrest lower also. In Britain “modernisation” and labour market reforms have pushed the jobless rate down but boosted wage inequality as with the German “jobs miracle”. In Youth unemployment in Europe: lessons for the UK Lanning and Rudiger say

In the UK, most young people work in low skilled jobs in the service sectors where progression opportunities are often limited. Young people are also far more likely to be in temporary jobs than older workers

Both unemployment and low wages have been linked with social unrest. When together they are a powerful mix especially in a relatively well educated society. Perhaps the higher employment in the UK is enough to keep the peace despite the low paid jobs .

My family say I’ve more money than sense and they know I’m not wealthy. Once, after a meal in one of those nice restaurants in Fossgate, I left a tip of £45 and left feeling guilty. Why?

I had been discussing the rise in house prices with the waiter, a man in his mid twenties. He wasn’t a property owner and I was. As a result, I promised to leave him a tip of one day’s rise in the value of my house. Yes, I was being patronising. Years later, I still feel shame for that.

The second shame is that I cheated. At the time my house was increasing in value by £90 each day so I only left half the promised sum.

We have given enormous house price windfalls to the baby boomers at the expense of the youngsters. Oddly, the youngsters don’t seem to have noticed.

Why is housing so expensive?

Why have house value risen so much? All political parties agree that it’s because not enough new houses are being built but with tight supply, new houses can be sold at several times the building cost so the price of property keeps rising (with the occasional hiccup) to the benefit of the house owning baby boomers.
A rough guide to where the price paid for a new house goes is :

The land owner is the biggest winner who can capture the value of planning permission – without doing much. A best-in-class example of a conventional housing development in York may be the Joseph Rowntree Housing Trust’s Derwenthorpe. This is a new development on the edge of York with houses that sell for up to £300,000. Even with an “affordability” discount houses like these are outside most youngsters’ budgets – unless their house-owning parents have just died.

[Note December 2018: The rule of thirds above should be replaced. In York the value of planning permission (i.e planning gain, given to the land owner) is roughly two thirds of the value of a new house.  Near London it is higher. In places like Liverpool and Bradford much lower.]

In Why the nimbys are winning the UK’s housing battles, the Guardian’s Colin Wiles says

Take Cambridge, where I live. I recently attended a meeting for residents’ groups about the examination of the local plan. Representatives from around 30 groups were present but all of them were from affluent parts of the city. Poorer neighbourhoods were simply not represented.

Yes. NIMBYS are affluent and mostly older. They are baby boomers and they use their influence to stop developments “in their back yards”. These are often sites near towns that give easier access to jobs, shops and schools and will have better public transport. NIMBY campaigns stop developments that might “spoil” their area and decrease the value of their houses locally. Nationally the value of their houses rises by cutting the national supply of houses. Thus old affluent NIMBY baby boomers raise their property prices at the expense of the young and the poor.

I was struck by a comment at the end of Can your children afford to live in York?:

I’ve been living in a holiday home on a site near York. At first it was just a stopgap but I’ve grown to really like it and here and I’m thinking of staying permanently. There’s nothing more life affirming than waking up surrounded by nature- woods, birds, the occasional deer and falling to sleep to the sound of hooting owls. The space and the fresh air put a bounce in your step!

The people staying here are friendly, everyone always says hello, and the site manager and wardens go out of there way to make sure you’re okay and can always be contacted, even at night which gives the site a sense of community yet it’s easy to maintain your privacy.

The financial benefits are great. The cost of living in a large caravan for the year is £30 per week and the overheads are low as it costs very little to heat a caravan. The static vans, which have two bedrooms and a bathroom, can be bought between £5,000 and £30,000 depending on how new they are. Many families live here all the year round and find it good way of life.

Living here feels like being away from it all but it’s also so well situated to get into the city in no time at all. It’s a different way of life, affordable, fun and safe. What more does a home need? I’d recommend it to anyone, young or old.

There is an enormous gap between a £300,000 Dewenthorpe house and a £30,000 static caravan but planning restrictions exist for dwellings like this. In Popularity of Park Homes Soars, Richard Patterson of My Online Estate Agent said to Landzone:

“Mobile homes have become somewhat of a rarity in today’s marketplace. Due to planning restrictions, few new mobile homes are constructed so when a property such as the 3 bedroom home now available in Preston comes up for sale, we always see a flurry of interest with a sale often agreed quicker than traditional bricks and mortar homes.”

The oldies can do it. Can the youngsters?

Many oldies are downsizing to static caravans or park homes, like the ones in The Hollicars near Escrick. They look good but are too far from York for those that cannot afford a car. They are also larger than what would be necessary for starter homes. The Tiny Retirement Home by Tiny Home Builders could be a model for a starter home. In a small home with windows that look out onto nature and beauty, I wouldn’t feel hemmed in.

But the planning rules restrict the possibility of really low-cost homes that could help the youngsters. Park owners may discriminate on the basis of age. The Equality Act 2010 Banning Age Discrimination In Services lists exceptions to park homes

This exception applies to owners of sites where static caravans and the like are used as permanent places of residence. Many such sites already operate an age limit restricting residence to people aged 50 or over.

This suggests that park homes are OK for downsizing at the end of life but not as starter for the youngsters. That would disrupt the housing market and the banks!

The role of the banking sector

Last year I had some correspondence with Andy Haldane of the Bank of England. His reply had

You asked about macro-prudential considerations if house prices were to fall as a result of increased supply of cheap housing. The Bank of England uses both micro and macro prudential policy instruments to the risks that come from the housing market, but only to the extent they might damage financial stability.

If additional housing supply was to cause sharp declines in house prices, this might raise concerns about the adequacy of mortgage lenders‘ capital positions and hence raise financial stability concerns.

One columnist from the Financial Times answered me more bluntly – a flood of cheap housing would crash the banks.

Youngsters, now you know, you can’t have cheap housing because it would crash the banks and ruin the pensions of the old. As Bob Dylan sang to the baby boomers

There must be some way out of here
Said the joker to the thief.

Are us baby boomers jokers and thieves?

I will look for more but …