A second note for the Commission on the Future of Work

Every tool in the box – even Realpolitik 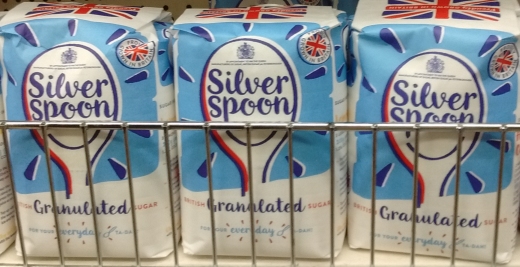 This second note has a slightly different perspective than my first note. It has been prompted by the sugar conspiracy as reported in the Guardian, the Telegraph, BBC Radio 4 or the New York Times. The NYT said

The sugar industry paid scientists in the 1960s to play down the link between sugar and heart disease and promote saturated fat as the culprit instead, newly released historical documents show.

The internal sugar industry documents, recently discovered by a researcher at the University of California, San Francisco, and published Monday in JAMA Internal Medicine, suggest that five decades of research into the role of nutrition and heart disease, including many of today’s dietary recommendations, may have been largely shaped by the sugar industry.

Special interests hide truth with well funded propaganda campaigns. The most documented is the way the tobacco industry hid the link between smoking and cancer. The US National Library of MedicineNational Institutes of Health in The history of the discovery of the cigarette-lung cancer link: evidentiary traditions, corporate denial, global toll. The NIH reported

Cigarettes were recognised as the cause of the [lung cancer] epidemic in the 1940s and 1950s, with the confluence of studies from epidemiology, animal experiments, cellular pathology and chemical analytics. Cigarette manufacturers disputed this evidence, as part of an orchestrated conspiracy to salvage cigarette sales…

As late as 1960 only one-third of all US doctors believed that the case against cigarettes had been established.

The coal company also gave to political organisations, funding twice as many Republican groups as Democratic ones.

(For more examples, see Climate Change Deniers: A Research Paper on the Misinformation Campaigns Spread by the Fossil Fuel Industry by Jasmyn Herrell.)

In his book, Cognitive Dissonance, Leon Festinge discussed our tendency to stick to existing beliefs despite contrary evidence. In some cases, believers hold their to stubbornly held beliefs more fervently when presented with contrary evidence. He also documented the tendency to believe theories that fit their own circumstances. This is often referred to as confirmation bias.

Smokers were more likely to deny the link between smoking and lung cancer. In a theoretical framework, Festinger gives other examples of belief that are fashioned by convenience.

If a “Minisota poll” were held today on motoring and climate change, the self interest of petrolheads would easily cause confirmation bias and make them less likely to believe in climate change. A prime example: Jeremy Clarkson mocking Prince Charles for his Ladybird Book on global warming.

Next there is the protestant ethic. In the King James Bible (2 Thessalonians 3:10) Saint Paul is translated as saying

For even when we were with you, this we commanded you, that if any would not work, neither should he eat.

Similarly, Lenin maintained that a necessary principle for socialism was “He who does not work shall not eat”. This morphs into our redtop news papers, like the Daily Star writing

JOBLESS benefit scroungers in the UK claim they get too much cash and spend it on gambling, flash luxury cars and boob jobs, a Daily Star Online investigation has found.

This is bad news for proposals like universal basic income, which can be seen as giving scroungers something for nothing.

When the realities of politics are taken into account, my first note is rather naive after accounting for special interest propaganda, stubbornly held beliefs, confirmation bias and the popularised form of the protestant ethic. My political naivety may have led members of the Commission to discount my central thread that climate change changes the discussion.

My first note showed that to avoid dangerous climate change, output per worker must fall in order to reduce levels of production so that greenhouse gas emissions can be rapidly reduced. I mentioned some policy tools

I emphasised carbon fee with dividend, giving others a back seat. This was a mistake. A combination of policy measures may policy work  that cause greenhouse gas emissions to fall has the advantage because each policy in the mix attracts a different mixes of opposition and support.

ExxonMobil (XOM, -0.59%), the largest energy company in the world, has long factored some form of a shadow carbon price into its manufacturing and exploration costs ranging from $40 to $80 a ton.

Universal Basic Income gets support from various right wing politicians and economists. There is a concise summary of Milton Friedman’s  support in Why Milton Friedman Supported a Guaranteed Income (5 Reasons). Reason 4 is “To enable work”

Removing the burden of needing to earn an income, even partially, will help enable people to do work that is otherwise not compensated in a free market economy, such as charity or volunteer work.

I argued in Note 1 that this would also allow people to work have less productive jobs. These jobs are likely to be pleasanter.

Reducing the cost of living, particularly in housing, is supported by right-leaning  politicians and think tanks. For example, from Policy Exchange: Making Housing Affordable: A new vision for housing policy.

(Another Policy Exchange publication which implicitly supports lower productivity jobs is  A ‘Living Income’ – not a Living Wage – is the most effective way to end in-work poverty without harming job creation. However, in 2015 Policy Exchange was still supporting economic growth in general.  See Growth is Still the Best Way to Raise Living Standards.)

My proposals for labour subsides (or tax rebates!) should  might also be part of a policy mix. When presented as a tax rebate, it is a policy that cuts government expenditure. HM Treasury have assured me that a tax rebate is not government expenditure. This scheme has the effect of making goods that use lots of labour less expensive and so creates less productive jobs at the bottom of the labour market.  Because it is administered through employers tax returns, it avoids the “scroungers” version of the Protestant Work Ethic.

The barriers to redesigning settlements to be environmentally sustainable comes mainly from the planning system. I have written about this in various postings e.g. The Green Settlement Handbook.

The Realpolitik of Jobs and Climate Change

There are, of course, other policy tools  to reduce greenhouse gas emissions: We need to consider every tool in the box – even the New Economics Foundation’s proposal for a twenty hour week. Using a raft of policies and diffuse the opposition and gain support from as many sides as possible is a start but is it necessary to go further and co-opt those that resist climate saving action?

Should we accept realpolitik and ask our governments to buy off some of the opposition? Buy up the coal mines at a price related to progress on climate targets so that the previous owners have a stake in saving the climate? £100 billion would be a small price to pay to get the Koch brothers on board. Perhaps they can’t be bought.  I am shocked to find I applaud Charles Koch when he wrote in the Wall Street Journal:

Far from trying to rig the system, I have spent decades opposing cronyism and all political favors, including mandates, subsidies and protective tariffs — even when we benefit from them. I believe that cronyism is nothing more than welfare for the rich and powerful, and should be abolished.

Stirring stuff. If this is genuine, it’s a tragedy he doesn’t grasp the seriousness of climate change.